Rockaway Recycling has been an industry leader and scrap yard for many years recycling scrap metal in New Jersey and the Tri-State Area. By providing our community an outlet to recycle metal, we have kept millions of pounds of material from being dumped in landfills. Already well into the 21st century, we have been expanding to be able to reach out to not only Northern New Jersey, but to all of New Jersey, Southern NY, and Eastern PA.

A family-run scrap metal yard in every year of its existence, Rockaway Recycling has always led by the phrase, “Fair Weight, Fair Price.™️” While many scrap metal yards get a bad name for poor service and management that only cares about themselves, we pride ourselves on friendly services, whether it be our pick-up service, container service, answering phone calls or the simple unloading of cars at our facility in Rockaway, NJ.

Learn More About Our History

It is because of the local plumbers, electricians, roofers, homeowners, both small business & corporate accounts that we have been able to continue to serve our community. We thank you for that and look forward to continuing earning your business and seeing you at our scrap yard in Rockaway, NJ.

Check Out Our Container & Pickup Service

After working by himself out of a flatbed truck for a few years he started renting a garage to store and sort his materials. Customers started coming to his location in Rockaway Borough and the scrap metal yard, Rockaway Recycling was born. Beginning and going through the 1980’s Tom developed Rockaway Recycling as an industry recycler of obsolete electronics, computer scrap, and all kinds of metals that very few scrap yards knew how to deal with.

As a secondary business Tom opened up A Second Byte, a store that sold refurbished computers to consumers and was one of the first to help many families get online with the internet and personal computers.

Later in the 1980s Rockaway Recycling became a larger scrap metal yard for customers to bring their copper, aluminum, brass, insulated copper wire, and all kinds of non-ferrous metals to. Always using the quote, “Fair Weight, Fair Price.™️” Rockaway Recycling was serving the Northern New Jersey area while helping to keep millions of pounds of scrap metal out of landfills.

Tom continued running operations through the ’90s and early 2000s and then slowly brought his son Thomas onto the scene to start learning about the operations.

After working through many ups and downs in the economy and seeing price fluctuations from $0.20 cents per lb. for copper all the way up to $3.50 per pound, Tom has since retired to Florida with his wife Annette and handed the reigns of Rockaway Recycling over to his son Thomas, who continues to run the operations of Rockaway Recycling. While remaining retired in Florida, Tom has continued his “family first” mindset, seeing his daughter Virginia and son Thomas become working adults and continuing the proud learning and working traditions that he instilled in them. 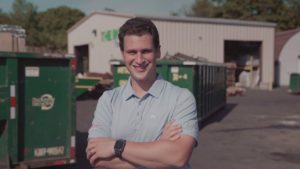 Since he was seven years old, Thomas has had some part in working at Rockaway Recycling. His first job was sweeping the floors, then he slowly graduated to writing receipts and once he became old enough, he was working alongside other employees learning all of the ropes throughout the New Jersey scrap metal yard.

In 2003, Thomas not only became an Eagle Scout, scouting’s highest honor and achievement but he also graduated from Sparta High School where he was on the varsity football and lacrosse teams. Following that Thomas went off to the University of Connecticut where he became the President of his fraternity, Alpha Phi Omega. A co-ed community service based fraternity helping out the surrounding community through clothing/food drives, Senior-Citizen Bingo Events, serving food at homeless shelters, and being the proud owner of Jonathon, the UCONN mascot. 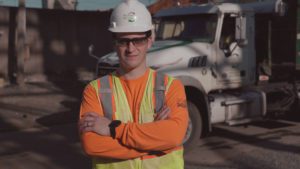 To date, Thomas remains extremely hands-on in all aspects of Rockaway Recycling’s day-to-day as well as for the overall growth as well. You may not see Thomas as often at the scale buying material, but he is always hands-on, very interactive with customers bringing material in as well as in the commercial trade.

A couple of words from Thomas:

“I wanted to thank my family and friends for being there for me through all of the growth periods and tough times I have gone through so far. From my Mom, Dad, my sister Virginia, my wife Kara, my son Cameron, my daughter Olivia & to the rest of my family, thank you.”

“I don’t care how poor a man is; if he has family and friends, he’s rich.”

Learn More About Our Team 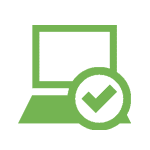